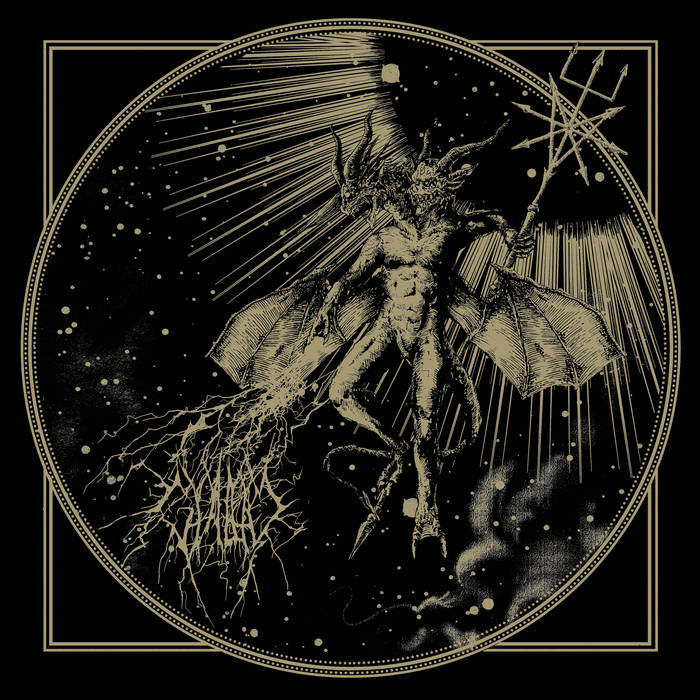 Give Me Goat, Or Give Me Death

SRUIN096
After years of development hell and of adverse fate for reasons beyond their control, two of America's most defiant and uncompromising extreme metal acts - San Jose’s Black Fucking Cancer and Santa Cruz’s Gloam - come together to finally unleash their long awaited and endlessly delayed "Boundless Arcane Invokations" 12" split, a collaborative aural conspiracy of unyielding black metal hell and boundless aural misery. Working closely together on every aspect of the project, both bands entered Jason Bursese's home studio in San Jose CA to record their respective compositions together in order to obtain the most synergic and consistent sound possible, with each band’s respective side acting as a perfectly matching counterpart to the craft of the other. Their two respective songs were built in the studio together and bear the same title, concept, and recording quality as a supreme and encompassing sign of unity and totality, and the two tracks are conjoined at both ends by gapless atmospheric segues in a way which creates a looped spell of infinite destruction, with no beginning nor end, no conventional track sequence, and no defined sides. What comes to the listener is simply a double-headed beast created by the two bands to assault the listener frontally and take them piece by piece and limb by limb. It is only a matter of which of the two bands will be the the one to get to the listener's throat first and which one will instead deliver the deathblow to finish them off...

On the ungodly split both bands unleash a cataclysm of ruinous black metal pestilence, with each band using up an entire side of a 12" LP with their respective massive, single self-titled songs. Clocking in at a staggering twenty-two minutes, on their side of competence Black Fucking Cancer put on full display their own unmistakable plague-wielding strain of malefic and violent black metal that worships exclusively at the unholy altar of complete evil and draws life from the most wretched strains of Scandinavian and French black metal: 1349, Gorgortoh, Aosoth, Antaeus, S.V.E.S.T., Watain. On the other side lurks Santa Cruz CA's Gloam’s massive dirge into complete darkness-devouring aural fury, as they spew forth a monstrous chasm of shapeshifting atmospheric black metal darkness that consumes the listener across a harrowing eighteen-minute ghastly descent into complete hell-ridden bedlam.

HEAVY METAL IS THE LAW AND ONLY DEATH IS REAL