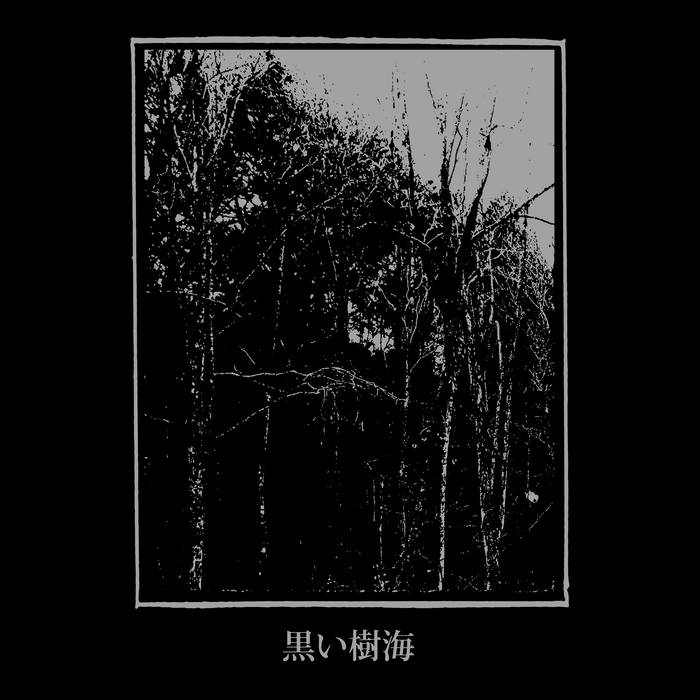 A Jaymes In The Northern Sky

SRUIN104
Sentient Ruin is honored and proud to bring you a first ever vinyl pressing of the only, monumentally annihilating release to have ever surfaced from short-lived and highly elusive Edmonton AB-based Canadian powerviolence/noisegrind suicide commando 黒い樹海 ("Kuroi Jukai", Japanese for "black sea of trees"). By the time the release had posthumously surfaced on cassette in April 2015 through Canadian harsh noise label Aught\Void, 黒い樹海 had already ceased to exist, becoming somewhat of a mystery in the Canadian punk and extreme/experimental underground. But this lone self-titled effort has since remained untouched as undisputed testament of the band's visionary quest for complete sonic ruin and remains a crowning achievement amongst the most ambitious and sophisticated noisegrind and underground extreme hardcore punk releases of the decade.

With songs averaging thirty seconds in length and a sound pushed over the edge by a ruinous syncretism with fringe strains of harsh noise and power electronics, the harrowing mini LP is a conduit for armageddon that elevates the notion of audial terrorism to an extreme rarely before seen, all while the listener is obliterated with a violence and urgency that appears both senseless and baffling. Just as we've seen in other highly evolved experimental and extremized hardcore/grind bands like Knelt Rote, Column of Heaven, Endless Blockade, Hatred Surge, and "I&II" era Friendship, 黒い樹海 have wielded the extreme-end spectrum of experimental noise and industrial electronics like a blunt weapon of audial terrorism to take their incinerating experimental hardcore/grind delirium where conventional metal/punk could not fathom to go. With boundaries annihilated and experimentation tyrannically enforced beyond the point of no return, in the staggering eight-minute aural declaration of total war, 黒い樹海 initiate a chain reaction of irreversible destruction that never relents, terminating their incomprehensible and lightning-fast sonic suicide mission into a mortal full-on collision with the listener that leaves no escape.

Definitive and final version of the release, remastered and with the originally intended and proper track list/separation for the digital version.

Recorded, mixed, and mastered by Matt Mckeen
Re-mastered in 20019 at Necrosound by Hermit ov Tehom
Cover art by Matt Harrison
Design and layout by MA

Originally released on tape in 2015 by Aught\Void.