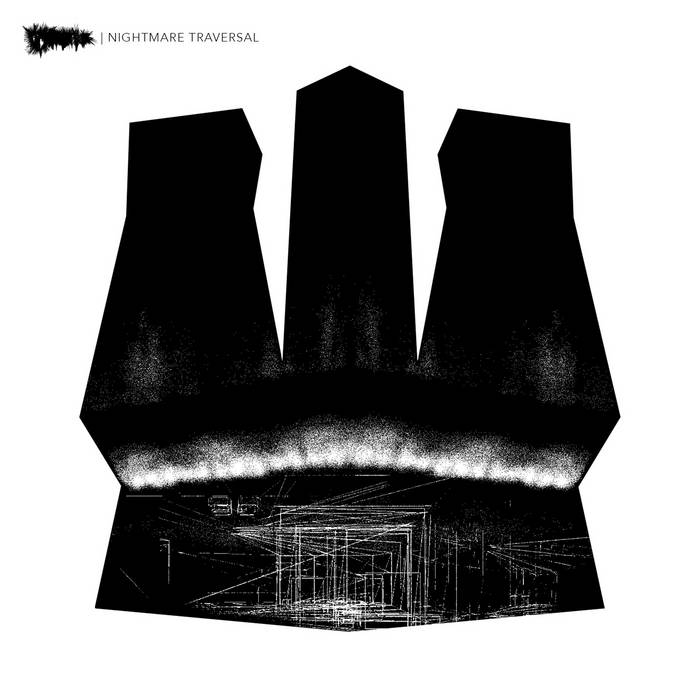 JDMP Forgot to use the download code that I got when I purchased this through the SR website. Needless to say: this awesome, destructive raw death metal. It is really a treat to the ears, and so goddamn guttural that it makes you want to weep.

JP If someone told me there's no guitars on this album I would believe them. The lowend rumblings and drum-antics are the stand-out features, not bugs, of this album. Truly possessed metal of death. Favorite track: Cryptic Passage.
more...

SRUIN116
Dutch experimental raw death metal deliriants Cryptae (featuring members of Plague Organ, Imperial Cult, Dead Neanderthals etc.) set out to once again crush your synapses with the nauseating and surrealistic churning miasma that is their debut full-length album "Nightmare Traversal". Although both band members come from vastly different musical backgrounds, which include experimental and improvised styles of music outside of metal, Cryptae remains the conduit through which they revel in their unending love for the most defiling forms of death metal and through which they explore the possibilities of the genre's most aberrant deformations. With "Nightmare Traversal" the duo focused on writing the most warped, disorienting, and suffocating death metal delirium they could come up with, leaving experimentation and free-form composition to run rampant as usual while adding more focus than ever before to the violence and inescapability of their unique and unclassifiable death metal crush-depth. Lyrically and thematically on "Nightmare Traversal" the band has envisioned a surreal and dystopian artificial landscape inspired by old violent and gore-drenched video games, almost like stripping away the player, the monsters, the guns and the gore from 90s games like DOOM, Carmageddon and Blood, to leave the motionless and surrealistic digitalized settings to take a life and center scene of their own. This has resulted in an amorphous and glitched aural monstrosity packed with bleak lyrics, oppressive atmospheres, and erratic song structures channeling visions of crude concrete geometry, suffocating corridors, hidden passages and drab horizons of an empty and encapsulated digital world that strangles the listener. Completely unclassifiable, hideously crushing, and triumphantly weird, "Nightmare Traversal" is an experimental raw death metal lucid nightmare, the cold echo of collapsing buildings, mangled flesh, crumbled steel, exploding bodies, and hollow shrieks reverberating through an abandoned and warped universe of pixelated horrors and inverted digitalized architectures.

OMNIPOTENCE THROUGH WILL, TRAVERSE THE NIGHTMARE.