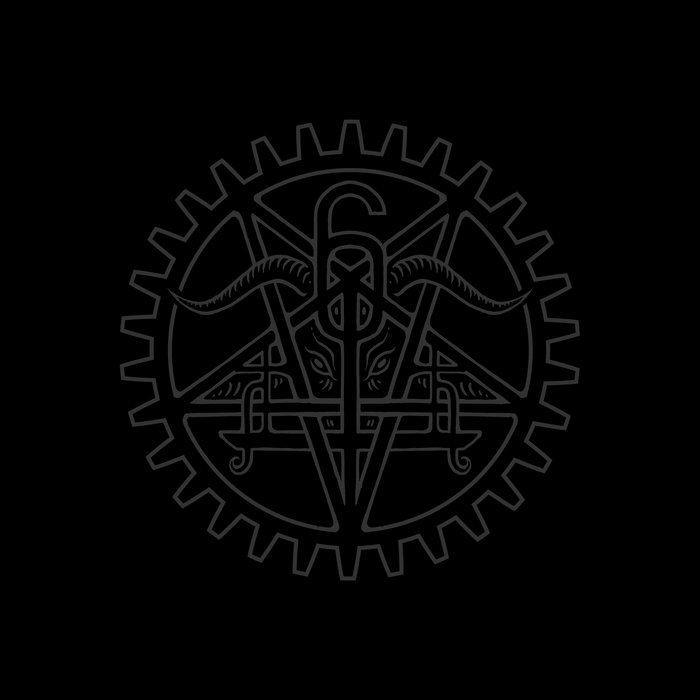 SRUIN109
Sentient Ruin is honored to bring you this glorious limited edition 12" vinyl compilation comprising all tracks from 6th Circle’s first two cassette releases. Both released in quick sequence back in 2018, the “Pacified” and “Conjuring” cassette EPs immediately revealed the sheer depth and dimension of 6th Circle’s vision and sanctioned the birth and rise of one of America's most exciting and promising new post-inudustrial acts. The two releases introduced multi-instrumentalist and sole mastermind Matt Auxier condensing years of concepts and ideas into eleven jagged cuts of anarchist and satanist post-industrial insurrectionism that explore deviant electronic dance music, dark movie soundtracks, and the most extreme fringes of punk, goth, and darkwave at their most aberrant and confrontational states, channeling with incredible craftsmanship and imagination the golden era of the genre first conceptualized in the late 80s and early 90s with cornerstone works by acts like Skinny Puppy and Front Line Assembly. The eleven origin tracks show 6th Circle pushing the genre's boundaries in multiple directions, reimagining the style altogether, and making the past and present of electronic industrial collide into an abrasive and pitch black synthesis of infectiously catchy beats, scathing vocals, apocalyptic atmospheres, and hypnotic distorted soundscapes that perfectly embody the archetypal post-industrial sonic dystopia.

The long sold out debut cassette tape EP “Pacified” was originally released in 2018 by underground extreme metal tape label Knife Vision, while the followup cassette EP “Conjuring” which surfaced later that same year was released by notorious underground noise dealers Phage Tapes and Squall Recordings. With this meticulously crafted LP retrospective all tracks released by 6th Circle leading up to its 2019 Sentient Ruin debut album “The Third Estate” finally see the light for the first time ever on vinyl format, remixed and remastered for the purpose to their most abrasive and punishing form yet by 6th Circle mastermind Matt Auxier in person.

Tracks 1-6 written and recorded by Matt Auxier in 2017, and originally released on cassette in 2018 by Knife Vision as the "Pacified" EP.

Tracks 7-11 written and recorded by Matt Auxier in 2018, and originally released on cassette in 2018 by Phage Tapes and Squall Recordings as the "Conjuring" EP.

All tracks remixed and remastered in 2019 for Sentient Ruin by Matt Auxier
Original insert artwork by Curseofface and J. Thompson
6th Circle emblem by Omnigraphicon
LP design and art direction by MA