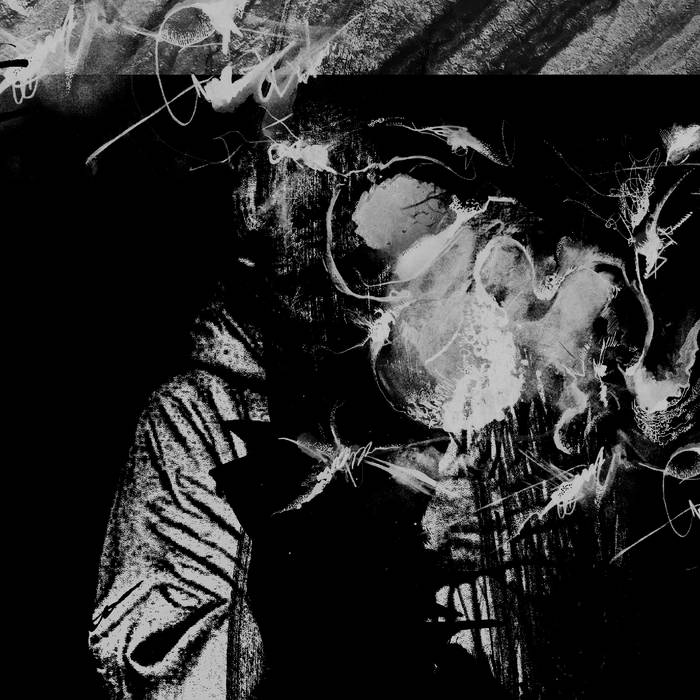 SRUIN081
Sentient Ruin unites two of its most iconic bands for a sanity-defying 7" split brought to you as an audio-visual display of uncompromising artistic mastery by two of the extreme/experimental underground's most visionary and transformative entities. Short in playing time, but unlimited in its evocative scope, the release quickly unshackles itself of its physical boundaries with an ambitious and imaginative merger of sound and visuals which exponentially augments its evocative force. Within, the two bands both delve into their own respective iconic sounds with unseen vehemence: Sutekh Hexen eviscerating shadows with their staple swarm of disembodied ritualistic power-black ambient mayhem, and 夢遊病者 conjuring their signature oneiric and surreal arabesque of psychedelic black metal delirium. At the same time however, the two bands have made deliberate synergic convergences, unifying their souls to bend them to each other's respective vision, envisioning the project and each other's craft as a whole and deliberately creating contact points in their respective compositions to augment the audio-visual experience to a higher level, transcending physical boundaries, and at times, even their individual selves...

States 夢遊病者"
"As with every 夢遊病者 (Sleepwalker) release or in this case—song, the root and basis of the inspiration began with a singular person and then expanded outwards. This, at times mythical creature, acted as a connecting point between the two bands, both geographically and from the point of view of patronage. Ideas were exchanged over the course of half a year, with the final lyrics being translated to and sung in Italian. The visual identity of the album was formed as a collaboration between key members of both bands, combining field photography, calligraphy, illustration, heraldic study and archive slides to draw a geographical ode and connection between all parties involved. The cultural and historical details of each locale provided ample electricity to channel the musical whims through, however manic or chaotic they may have seemed. Once completed, the two songs were sent off to Mr. James Plotkin (Plotkinworks) for mastering, to insure the sonic values of the songs were harmonious. We are humbled, thankful and honored to be part of this release."

Both songs mastered by James Plotkin at Plotkinworks