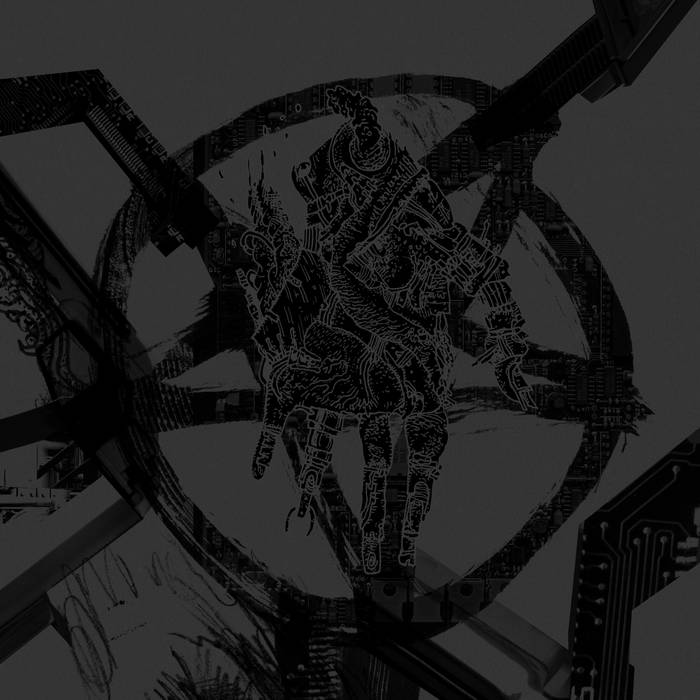 "The Third Estate" represents both a natural continuation and a marked evolution of Auxier's two iconic previous EP tape releases (the 2018 now impossible to find "Pacified" tape EP released by US raw black metal tape forge Knife Vision, and the "Conjuring" tape EP released in early 2019 by harsh noise death dealers Phage Tapes), further expanding and enhancing the project's shapeshifting palette of dark disorienting soundscapes and sinisterly catchy grooves, and elevating 6th Circle to a previously unseen threshold of excellence.The work especially stands out for its retro-feeling timelessness juxtaposed to its imaginative and transformative take on the style, which has pushed the genre's boundaries forward and expanded its horizons by incorporating elements of occult darkness, anarchism, satanism, and of the darker and most fringe and uncompromising sides of goth and punk.

Fans of the aforementioned pillars of the genre like Front 242, Front Line Assembly and Skinny Puppy, as well of contemporary acts like Statiqbloom, Youth Code, Dead When I Found Her, HIDE, Leaether Strip, and Qual have just found a new entity which will reinvigorate their passion and commitment to the genre.