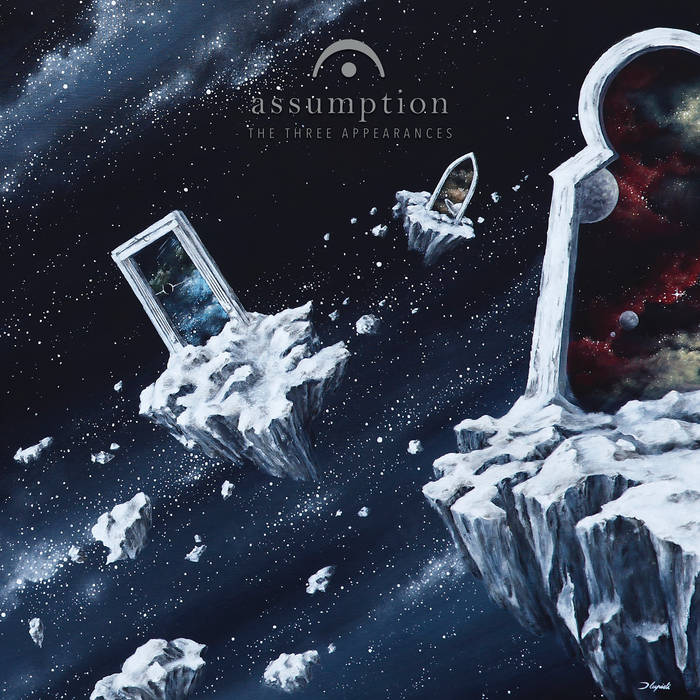 bcb723 So good... experimental doom at the highest level. Has elements of psychedelic, stoner and prog embedded in the songwriting. Very strong musicianship throughout. "The Non-Existing" is also completely insane... great shit. Favorite track: The Three Appearances (Snang Gsum).

SRUIN091
Originally released on a limited run of CDs in 2014 by Italian label Terror From Hell, Assumption's "The Three Appearances" is one of the most imposing and enigmatic death-doom releases of this decade. Perhaps too unique and ambitious to be fully understood at the time of its release,the colossal thirty-minute EP is a masterwork of experimental slow moving death metal domination whose visionary enormity has thus far been unfortunately been matched solely by its unfortunate struggle to be noticed and recognized as the masterpiece that it is. Fast forward five years later, the band has been finally and rightfully dominating European stages playing the likes of Killtown Deathfest, Asakusa Deathfest in Japan, and sharing the stage with bands like Skepticism, Esoteric and Evoken, while this somewhat forgotten EP has slipped further and further from people's memory, becoming a lost treasure of contemporary death-doom. Today, with its first ever release on vinyl Sentient Ruin and Everlasting Spew (EU) aim at paying due homage and service to a release of inestimable power and importance that has sanctioned the birth and rise of one of death-doom's most under-appreciated but visionary contemporary death metal acts.

Over the course of its four movements and thirty minutes of dismal heaviness and towering sonic enormity "The Three Appearances" glorifies death-doom in all its most iconic and beloved traits while redefining and reimagining the genre all-together, pushing it into an even more profound, refined, and dramatic dualism made of bludgeoning death metal riff mastery and ethereal and contemplative psychedelic virtuosity. Fusing the neck-snapping riff extravaganza of bands like Bolt Thrower, Grave, and Asphyx with the tenebrous hallucinogenic crawl of bands like Winter, Incantation and Disembowelment and the mournful and contemplative dirges of masters of slow and dismal atmospherics like Thergothon and Skepticism "The Three Appearances” projects a monstrous aura against a liquefying backdrop of lysergic atmospheres and mind-altering ambience that makes the listener feel enlightened and consciously augmented while simultaneously being slowly consumed and crushed by gravitational tides and invisible cosmic forces beyond human comprehension.

Originally released October 15, 2014 on CD by Terror from Hell Records.